Showing posts from April, 2012
Show all

Amp Rock TV's "The Words" Series: "The Kids From Yesterday" by My Chemical Romance 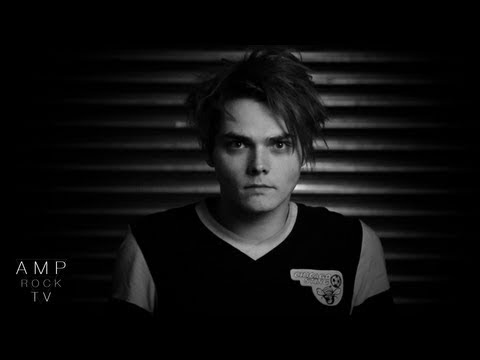 Amp Rock TV has featured "The Kids From Yesterday" by My Chemical Romance as a part of their video series, "The Words."

In "The Words" videos, the artist speaks the lyrics of the selected song, and that audio is paired with black-and-white footage of the artist.

This is so powerful. Just watch. On April 6, 2012, Frank Iero announced the birth of his son via Twitter.

The guitarist had begun a public 13-day countdown (details below), which culminated in the surprising announcement of his third child's (he also has twin daughters) birth.
"Thanks for all the congrats & well wishes! Mommy & baby are well. Miles spent his first day alive consistently pissed & devilishly handsome." Iero said.

On March 25, My Chemical Romance guitarist Frank Iero posted an ominous tweet reading only "13days", leading fans to wonder: "13 days until what, exactly?!"